Like any other imperfection affecting the complexion, telangiectasias can be frustrating, even distressing for the sufferer.

Appearing as red blotches, or even thin tributaries close-up, these broken capillaries lying just underneath the skin cannot be treated with regular facial therapies. In fact, some skin care treatments, such as chemical peels, could actually make the problem worse.

So, what is telangiectasia?

More generally known as spider veins, telangiectasias are actually enlarged blood vessels sitting beneath the surface of the epidermis. They are particularly common around the nose, cheek, and chin area and often bruise-like in appearance.

Both males and females can suffer from this particular venous disorder which occurs at any age. Though it’s often more visible in the fairer-skinned among us. Spider veins also seem to be more prevalent in people affected by rosacea, acne or even sensitive skin and appear to worsen as we age.

The condition compares to varicose veins in that both are a type of venous disease. However, the larger varicose veins are often associated with physical manifestations such as leg pain. Varicose veins can also have some severe consequences to long term health if untreated.

These dilated veins are not crucial to the circulatory system and, in fact, the body establishes its own alternative route for the blood to travel to the heart. This means treatment will not interfere with or damage the circulation. In fact, we often find that treatment actually improves this function.

There is a range of treatment options available to remove or reduce the appearance of spider veins. In this article, we’ll analyse the two most common procedures that deal with permanent removal, look at some of the causes and tell you how to help prevent telangiectasia in the future.

Subscribe to our Podcast on iTunes "Love the skin you're in"

Why do we get spider veins and is there a way to prevent them?

While there’s no guaranteed method in the prevention of spider veins, maintaining a healthy lifestyle, with a proper diet and adequate physical exercise goes a long way.

However, if you’ve already noticed broken capillaries on your complexion, you must discuss this with your skincare practitioner at your next appointment. Some of your usual therapies may need to be avoided and suitable alternatives recommended. And though some treatments may help with the redness, once you have telangiectasia, you’ll likely need specific strategies to eliminate them.

The fact is that these broken blood vessels can be caused by a multitude of things.

Some of which we have no control over and some that we do:

But because many factors influence the formation of spider veins, it makes sense that there are some things you can do to help prevent them.

What are the most conventional clinical treatments, and what will the results be?

Sclerotherapy is the traditional treatment for both varicose and spider veins. In fact, it has been the standard procedure for spider veins for decades. This surgical procedure involves the injection of a solution into the blood vessel itself. This sclerosing liquid targets the wall of the artery, which over several weeks, will mostly fade away. Larger reticular veins will often underlie spider veins, so these vessels are usually treated too.

These days, laser treatment is also available. The Cutera® Nd: YAG laser is highly effective and safe to use on the legs and face and without the use of needles. This eliminates much of the bruising and redness associated with sclerotherapy. This particular procedure is highly efficient anywhere on the body and is perfect for sensitive areas such as the complexion. It can also effectively treat port-wine stain birthmarks, rosacea and other vascular conditions. This advanced treatment is beneficial and can be done out of the hospital with an almost immediate return to normal activities.

The laser itself works by delivering a pulse of energy which heats the blood inside the vein. The machine emits a high intensity, narrow beam of light, and is a proven technology. Yellow light lasers are now commonly used to manage a variety of vascular abnormalities.

What to expect with The Cutera® Nd: YAG laser

Ordinarily, a photograph of the affected area will be taken immediately before the procedure. Then once the client has been prepared, appropriate eye protection is provided. If laser work is undertaken on the face, lead eye guards will be used, and goggles may be provided for treatment on other areas of the body.

Is it painful and what type of pain management will be available?

The broken vessels themselves will begin to shrink or will have wholly disappeared immediately following laser treatment. And while they may reappear a day or two later, they will disappear permanently over the following six to eight weeks.

Facial telangiectasia generally requires two to three treatments, as discussed by your consultant. In some instances, a patient needs ongoing laser therapy, for example, if a birthmark is being removed. This may mean every couple of months over a year.

Depending on the cause of the vascular condition, these broken capillaries may reappear sometime after the initial laser treatment. While not uncommon, particularly with sun damage, acne or rosacea, these spider veins are usually only minor and can be retreated.

There are some things you can do following laser treatment to promote healing and best outcomes following surgery:

Things to consider before any procedure

When considering treatment for facial spider veins, or any other types of venous disease, seek out remedies that offer medical-grade, and industry-approved laser technology. Guaranteeing your safety and delivering the best results.

When choosing a consultant, be sure to undergo an individual and thorough interview before treatment. Make the most of this consultation by asking lots of questions regarding the procedure and listening to your practitioner’s instructions and advice.

Do your own research too. The more informed you are, the more likely you’ll understand the best therapies available to you. And make sure you feel entirely confident with your specialist and their support crew.

The best treatment options for you may include a combination of therapies for the most effective results. But it’s practising proper home care managed by a doctor-led cosmetic clinic that is the vital element for the best long term outcomes.

What is Dermaplaning? A Skin Expert Explains

Pregnancy Skin Changes and What to do About it

17 Tips to Keep Your Skin Glowing All Festive Season 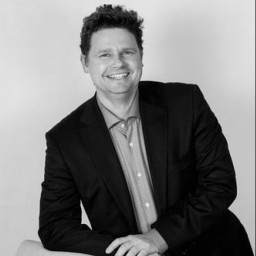